As a teenager, I discovered a Green Wizard who inspired me to learn more about animation and filmmaking in general. 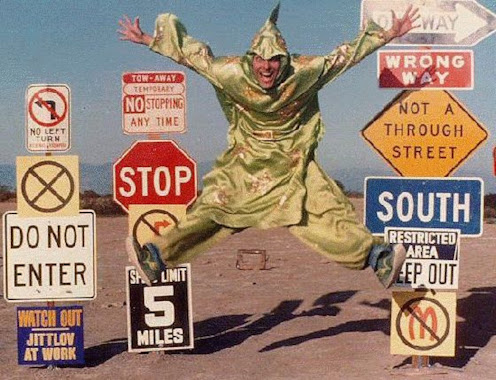 Mike Jittlov was a mathematic/language major at UCLA when he took an animation class to satisfy his art requirement. His first student films were two 2D shorts called "The Leap" and "Good Grief". His interested grew from there and soon he was making other short animated films, "Swing Shift", "The Interview," and "Animato".

Here's one of his early films called "Animato" which he made to show off his animation talents to future employers, the ploy worked and caught the attention of a producer at Disney (see way below).

Here's an article he wrote about making the film for American Cinematographer magazine, long, long ago... Note the price! 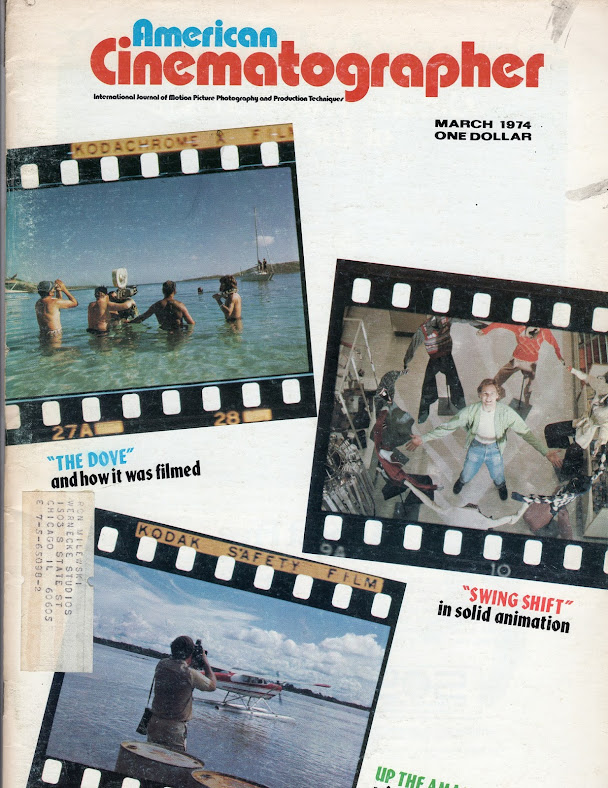 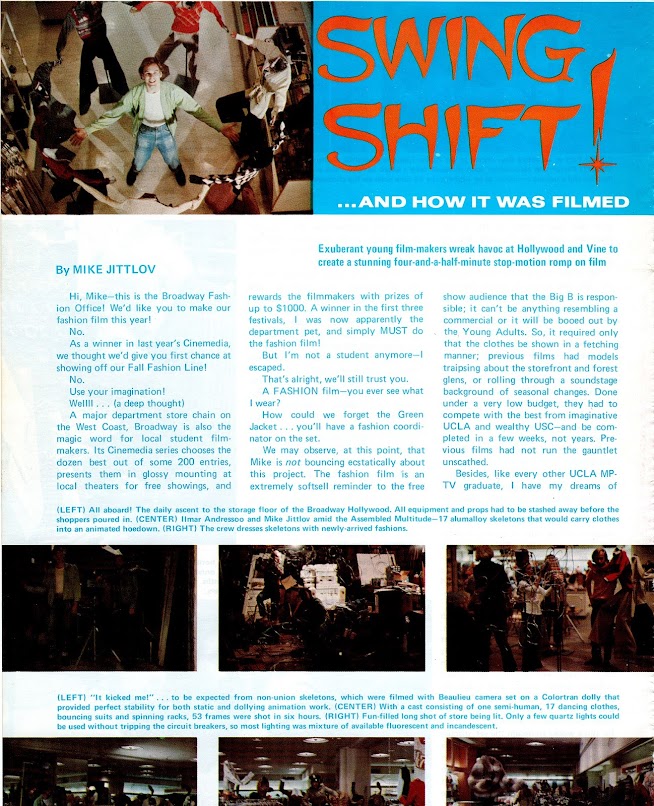 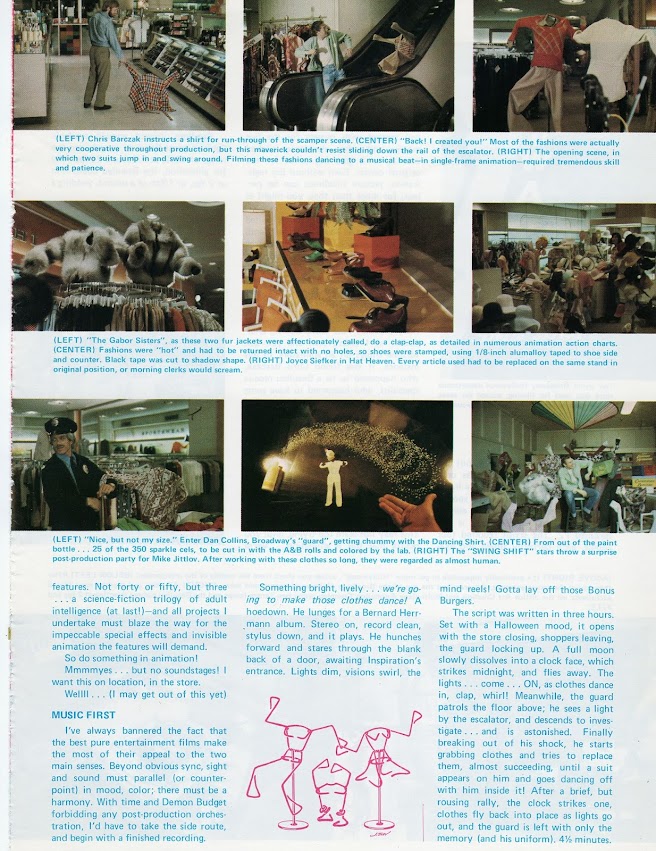 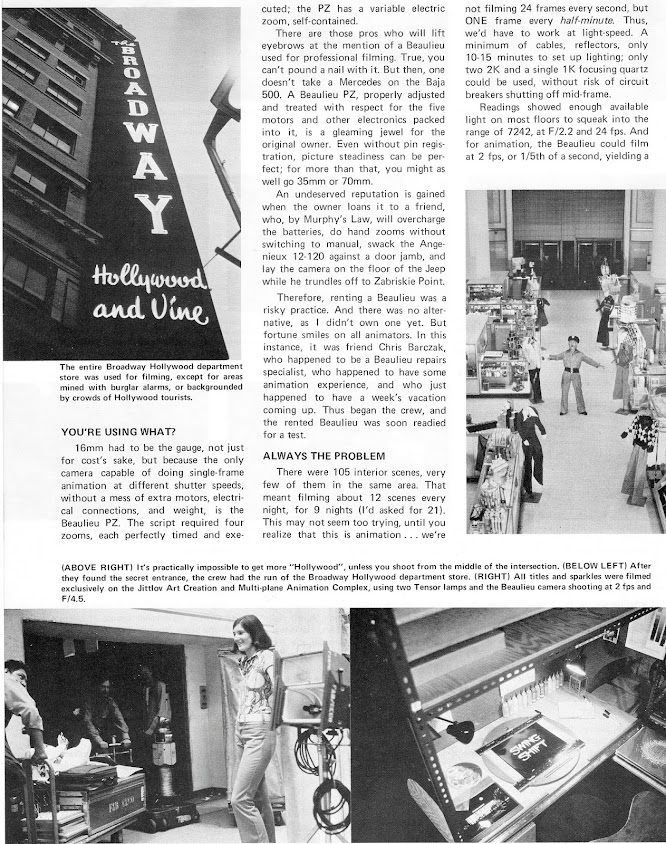 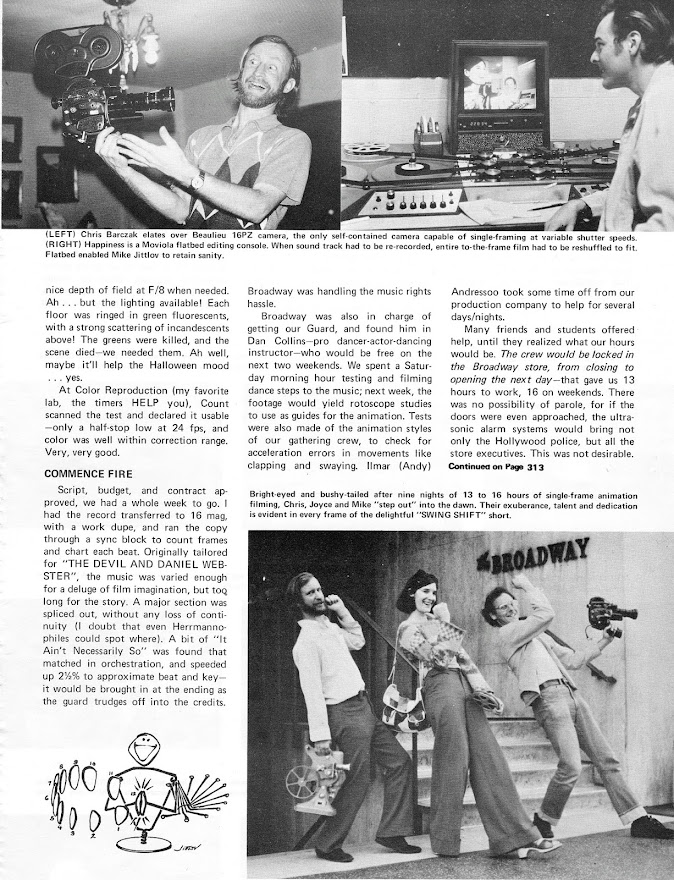 I wrote him a fan letter and got a chance to talk to my on the phone. He was very friendly on the phone and answered lots of my animation questions. Eventually, I  met him at a science fiction convention in Florida when I was in high school. I had collected a few articles and post cards in very small detailed writing from him and will be glad to share it below if anyone is interested to learn more about this very creative person.
Disney was celebrating Mickey's 50th and hired Mike to come up with the following 3 shorts featuring Mickey Mouse. This is Mike Jittlov's Stop Motion Mickey Mouse which he animated and stars in. Disney was not going to give him screen credit, so he animated his credits in the big parade number at the end.
Jittlov then made his famous short film called "The Wizard of Speed and Time" which got a lot of attention and he would eventually make a feature film of the same name. Here's the short film that inspired me into animation...

The Wizard of Speed and Time - 1979 Short Film by Mike Jittlov from John Lester on Vimeo.

Cleverly, he weaved a lot of segments from his past films into the story line. And the film will never win any acting awards. Jittlov was able to finish the film which wasn't under his complete control, but still contains some impressive special effects. Here's the feature below...
He would return to the big screen briefly as a dark spirit from the 1990's film "Ghost".

He's also pretty well known in the World of Origami. Here's a link to a dollar bill skull he designed if you are interested. https://youtu.be/y5wR8QgOoUw
I have been trying to get him to do an Animateducated interview, but he's a little shy about that these days. Maybe he'll change his mind? Happy Birthday Mike!
Anyways, if you enjoyed this post and learned something new, click on the blog ads to feed our Google tip jar!

Posted by Animateducated at 12:48 AM